Why SkillSignal all-in-1 safety & compliance in less than a minute!

Free forever or 7 cents per work-hour, a safety evolution has never been easier and more affordable!

Despite progress in safety equipment and training, the Construction industry bears the reputation of being incredibly dangerous for its11 million U.S. workers. For example, roughly 20% of worker fatalities in the U.S. are in Construction however, construction workers represent just 6% of the U.S. labor force.

We're compiling a list of sourced statistics about construction safety. At SkillSignal, we’re obsessed with data, and we’re committed to improving Construction by using innovation to make safety a collaborative and gratifying experience for everyone involved. 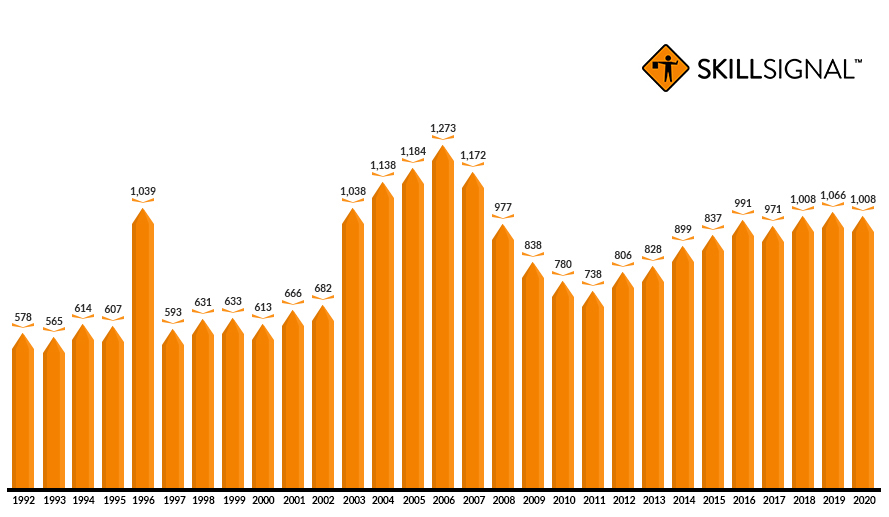 We’ve compiled a list of statistics to illustrate just how dangerous construction is, and give us a common goal to strive for. We are committing to the change we want to see in this industry, by making safety and compliance a frictionless and gratifying experience for everyone involved.

Here is why the safety and the wellbeing of our men and women is a top priority for us: 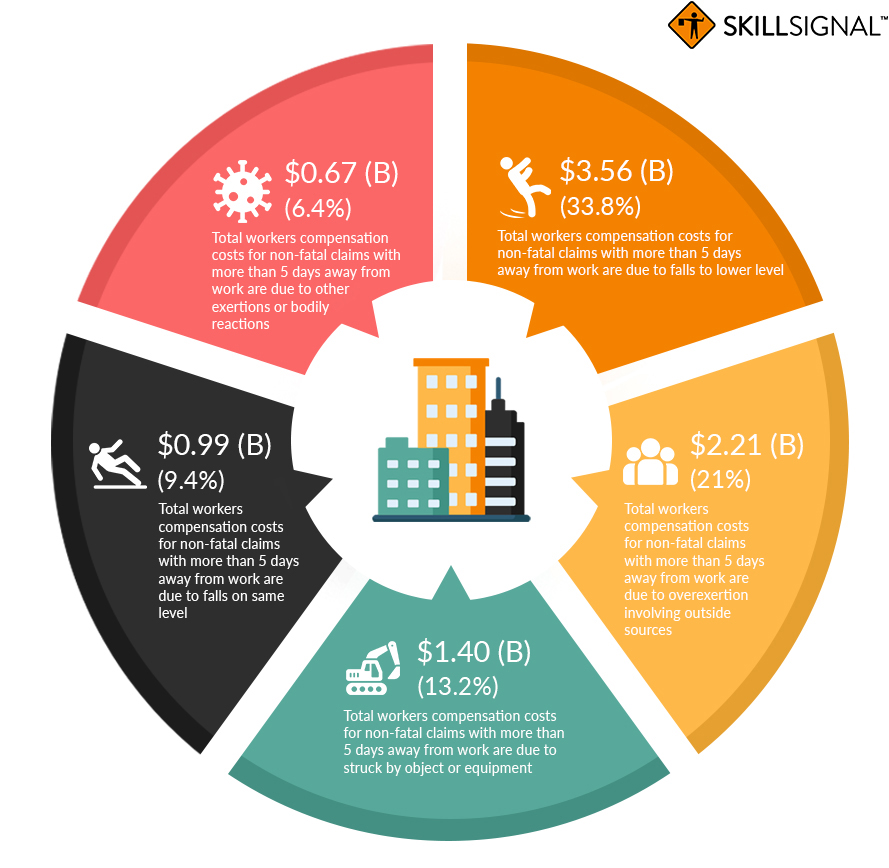 The top 5 injury causes account for over $8.83 billion in costs and represent 83.8% of all injuries

The top 5 injury causes account for over $8.83 billion in costs and represent 83.8% of all injuries in the construction industry annually (LMI):